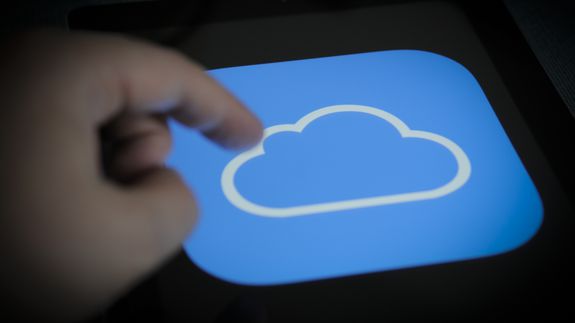 Apple’s iCloud service is a godsend for iPhone and iPad owners. These sorts of mobile devices can be lost or stolen pretty easily, so giving users a free and automatic way to back up all their data in case of an emergency is massively important.

It’s a bit of a bummer, then, that Apple only gives us five measly gigabytes of free iCloud storage space to work with. If you take a lot of photos or leave more than one iCloud backup sitting around, that 5GB limit will fill up quicker than you might have thought possible.

Luckily, there are some pretty easy ways to manage your iCloud situation straight from your iOS device. Apple was smart enough to anticipate that people would want to know how to do this and even made a handy tutorial page for it.  Read more… Source: https://mashable.com/article/how-to-clear-icloud-storage/
Proactive Computing found this story and shared it with you. 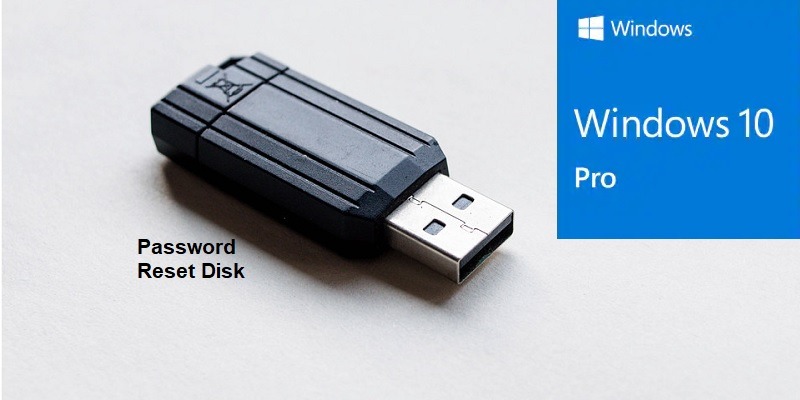 For Windows users, its login password is one of the most important things to remember. In case you forget it, there are third-party software tools that will help you reset your password. Another way to log back into your Windows 10 system is to use a password reset disk. You should set up this recovery tool in advance just in case you lose your password or can’t remember it. Calling Microsoft for support won’t be of use since they can’t help you log back in, so it is best for you to take precaution. Creating a Password Reset Disk Using USB Drive To begin, insert… Read more

Source: https://www.maketecheasier.com/create-password-reset-disk-windows/
Proactive Computing found this story and shared it with you. 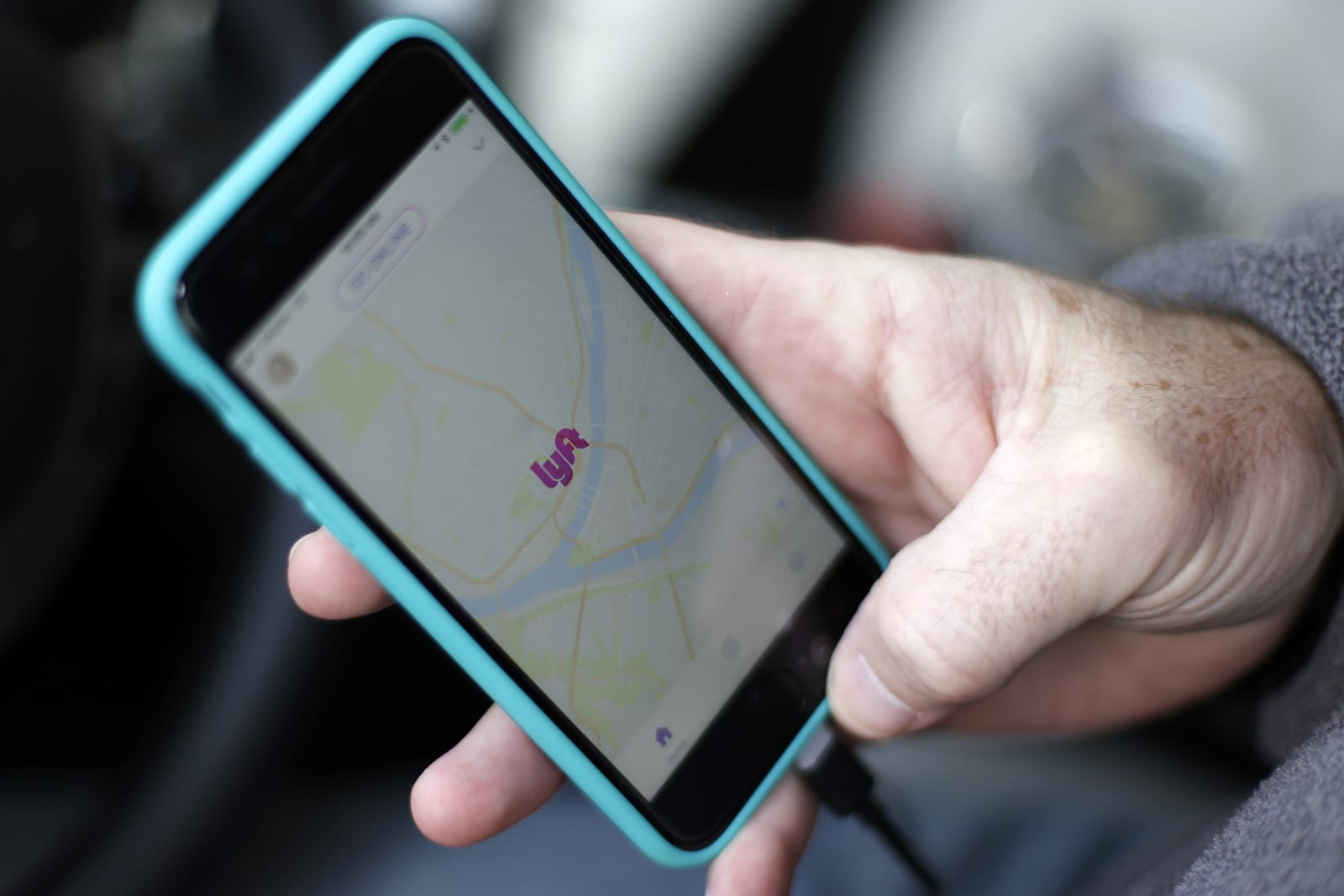 Lyft is hitting the music festival circuit this summer. The ridesharing company announced today a partnership with entertainment giant AEG to be the exclusive rideshare, bike and scooter partner a number of major music events. Lyft will be on hand at…

Source: https://www.engadget.com/2019/06/27/lyft-aeg-rideshare-concerts-music-festivals/
Proactive Computing found this story and shared it with you.

Google Maps just got a lot more useful for commuters. The company today announced a pair of updates for its mapping application — one that will offer live traffic delays for buses in the cities where it didn’t already provide real-time updates, and another that will tell you how crowded your bus, train, or subway car will be.

The latter is perhaps the more interesting of the two, as it represents a new prediction technique Google has been perfecting for over half a year. Starting in October, the company began to ask Google Maps users to rate their journey if they had traveled during peak commuting hours of 6 am to 10 am. Google asked about how many seats were available or if it was standing room only, in order to identify which lines had the highest number of crowdedness reports. 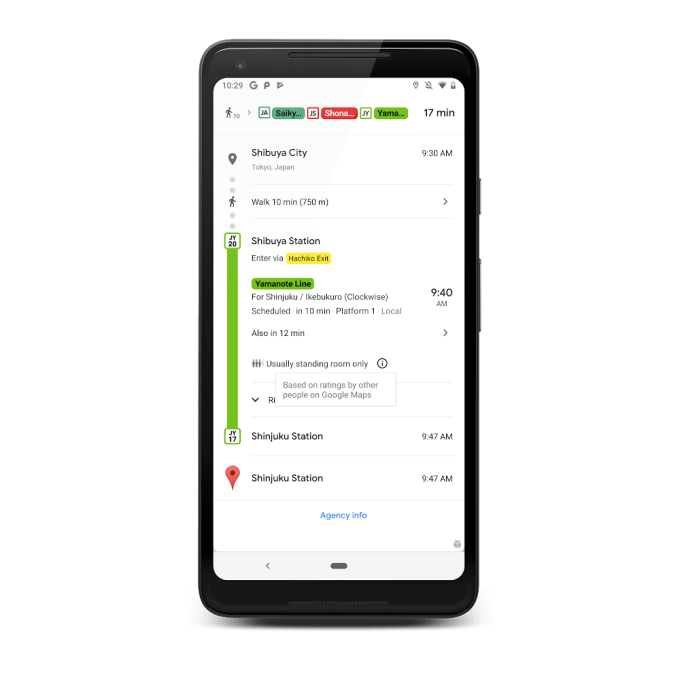 Over time, it was able to model this data into a new prediction capability designed to tell transit riders how packed their bus or train would be.

It also used this data to create rankings of the most crowded routes and stops around the world.

Buenos Aires and Sao Paulo dominated the rankings for the most-crowded transit lines, as each city had 3 lines in the top 10. Meanwhile, New York’s L train is the only one in the U.S. to rank in the top 10.

This isn’t the first time Google has used its massive Maps footprint to make predictions about crowds. The company had already introduced similar features for predicting the size of the crowd at restaurants and other retail locations.

In addition, Google today expanded its ability to alert bus riders to delays.

In December 2017, the company began offering real-time information provided by local transit agencies to transit riders. But this data wasn’t available in all cities. To address the problem, Google is launching live traffic delays in those markets where the information has been lacking — like Atlanta, GA.

To make its predictions, Google is combining the bus route details with the data it’s collecting from users who have consented to anonymized data sharing. This is the same data collection mechanism it uses to predict the crowds at local businesses today. Essentially, the company is turning Google Maps into a powerful tool to understand the movement of people in the world. But many users may not know they’ve been opted into this data-sharing by default. In fact, they probably will think the transit data is coming from the city — not from the app installed on their phone and millions of others.

In any event, users will now be able to see the bus delays, how long the delay will be, and adjusted travel times based on these live conditions.

Google says the new features are rolling out on Google Maps in nearly 200 cities worldwide on both Android and iOS today.

Source: https://techcrunch.com/2019/06/27/google-maps-can-now-predict-how-crowded-your-bus-or-train-will-be/
Proactive Computing found this story and shared it with you. 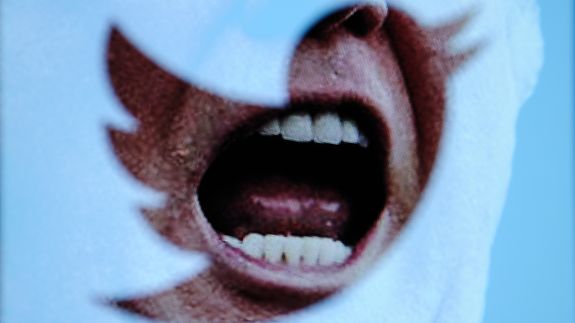 On Thursday, the San Francisco-based tech giant announced a new plan intended to blunt the impact of tweets from politicians and government officials that violate its policies while still leaving the problematic content on the platform. It’s a difficult needle to thread, but Twitter clearly believes it’s found a solution that serves the public interest.

Here’s how it will work: When a politician tweets something that would normally get pulled for violating Twitter’s rules, the company will now mark the tweet with a label explaining why it deems the content problematic. Twitter will also, among other steps, keep the tweet in question out of its algorithmically controlled Top Tweets timeline in an effort to reduce its spread.  Read more…

Source: https://mashable.com/article/twitter-policy-public-interest-flagged-tweets/
Proactive Computing found this story and shared it with you.

If you have VLC media player on your computer, you must immediately upgrade to its latest version, 3.0.7 and above. There are two new exploits that are allowing hackers to use the vulnerable older versions of VLC to crash your system and remotely execute their codes. The modus operandi is very typical. After you unsuspectingly download an AVI or MKV attack file, it will give the hackers full control of your computer whenever you play a video on VLC. These attack files can originate from video torrents as well as Facebook, Twitter or Instagram. Sound dangerous? Well, it… Read more

Source: https://www.maketecheasier.com/hackers-exploiting-vlc-vulnerabilities/
Proactive Computing found this story and shared it with you.

If everything in Linux is a file, there has to be more to it than just files on your hard drive. This tutorial will show you how to use lsof to see all the other devices and processes that are being handled as files.

On Linux, Everything Is a File

Many other system components accept or generate streams of bytes, such as keyboards, socket connections, printers, and communication processes. Because they either accept, generate, or accept and generate byte streams, these devices can be handled—at a very low level—as though they were files.

This design concept simplified the implementation of the Unix operating system. It meant that a small set of handlers, tools, and APIs could be created to handle a wide range of different resources.

The data and program files that reside on your hard disk are plain old filesystem files. We can use the ls command to list them and find out some details about them.

How do we find out about all the other processes and devices that are being treated as though they were files? We use the lsof command. This lists the open files in the system. That is, it lists anything that is being handled as though it were a file.

RELATED: What Does “Everything Is a File” Mean in Linux?

Many of the processes or devices that lsof can report on belong to root or were launched by root, so you will need to use the sudo command with lsof.

And because this listing will be very long, we are going to pipe it through less .

Source: https://www.howtogeek.com/426031/how-to-use-the-linux-lsof-command/
Proactive Computing found this story and shared it with you. 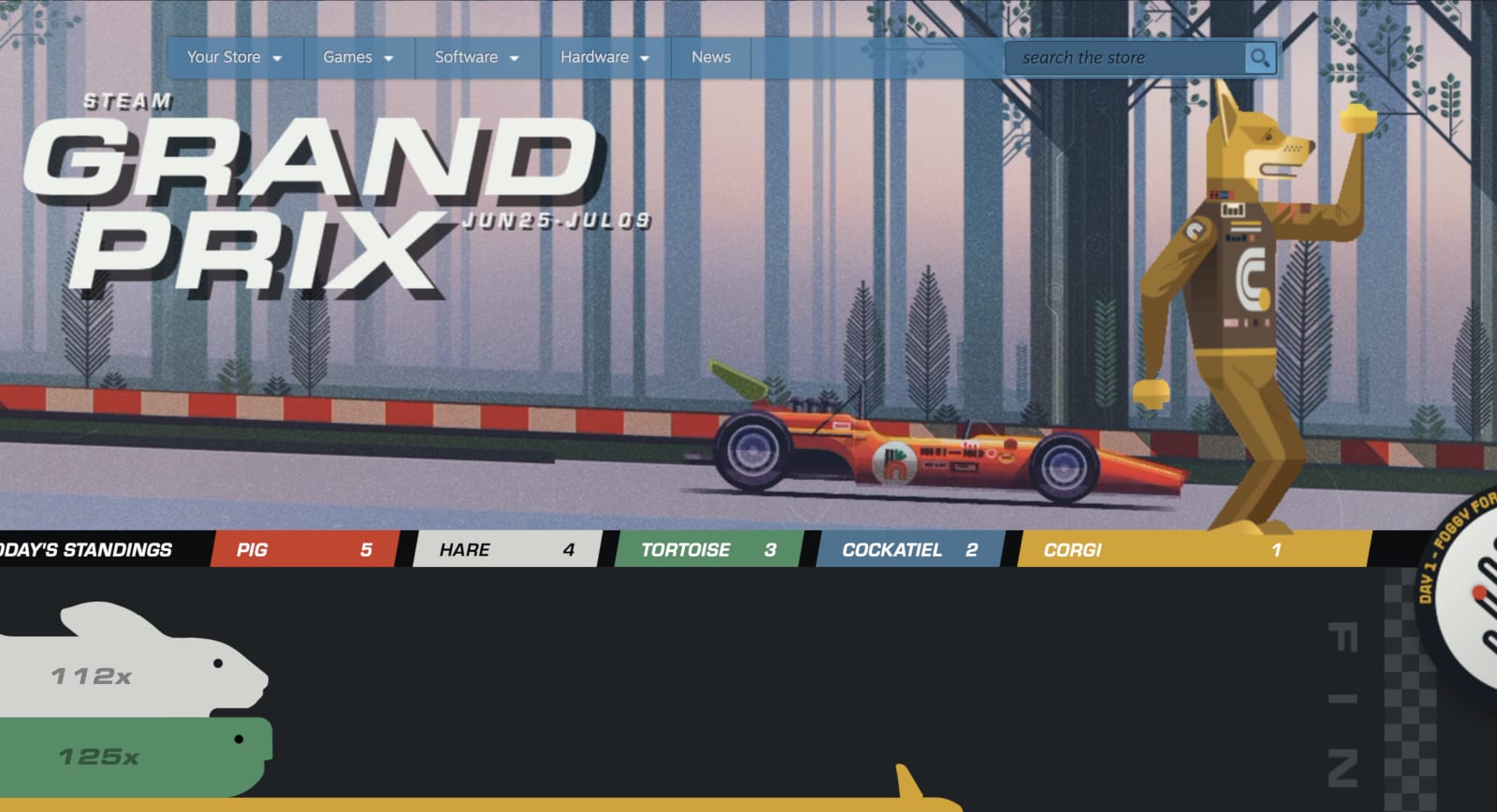 It’s that time of the year again when you can’t help but empty your wallet to stockpile on Steam games you’ll probably never touch. Steam has launched its Summer Sale event for 2019, and it’ll last for the next two weeks until July 7th 10AM PDT/1PM E…

Source: https://www.engadget.com/2019/06/26/steam-summer-sale-2019/
Proactive Computing found this story and shared it with you. 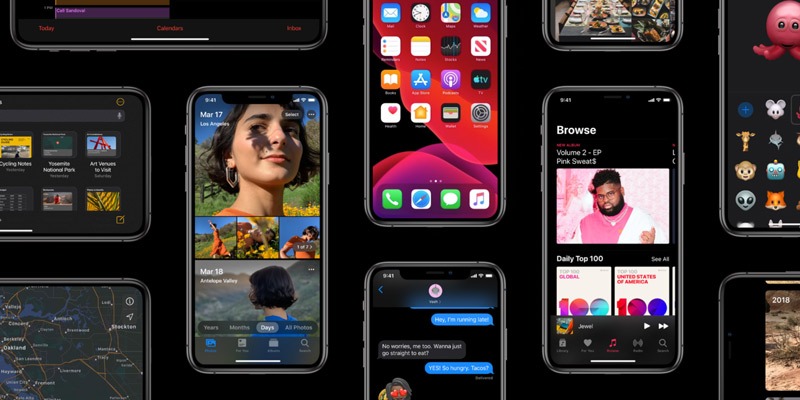 Apple introduced its latest iteration of iOS alongside macOS Catalina and other products this June at its keynote event at the Worldwide Developers Conference 2019. iOS 13 brings a lot of changes and upgrades for iOS devices. We’ve highlighted the major changes in iOS 13 below, so have a look. Dark Mode Arguably the most prominent design update in iOS 13 is the new Dark Mode. Similar to the Dark Mode offered on macOS, this changes the look of the entire operating system from light to dark. You can choose to use Dark Mode all the time, or… Read more

Source: https://www.maketecheasier.com/everything-to-know-ios13/
Proactive Computing found this story and shared it with you. 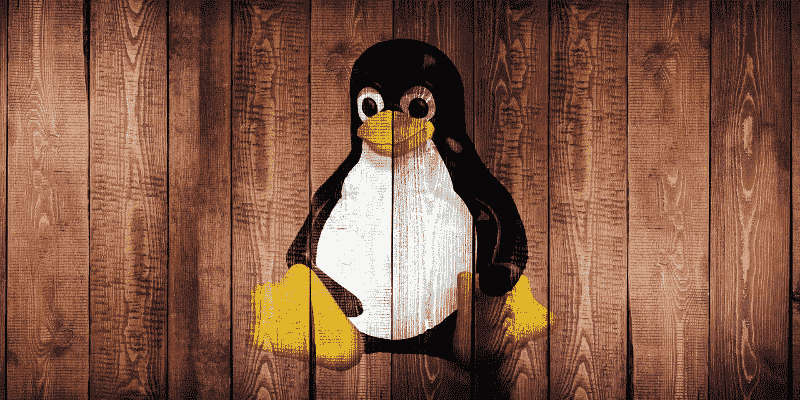 If you’re considering giving Linux a try, you might be put off by the risk of a steep learning curve. Not every Linux distro is as hard to get your head around as Arch, however. A number of Linux distros are perfectly well-suited to beginners. Let’s take a closer look at five ideal Linux distros for beginners taking their first steps into the Linux world. 1. Ubuntu Ubuntu is one of the most popular Linux distros out there – its popularity makes it an extremely accessible choice for beginners, with a ton of useful information… Read more

Source: https://www.maketecheasier.com/best-linux-distros-for-beginners/
Proactive Computing found this story and shared it with you.