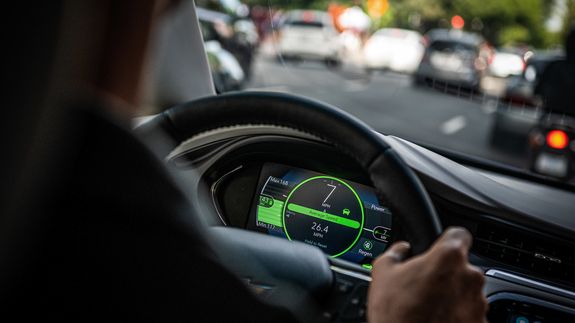 The rolling hills of Northern California appeared before me; the river where gold was first discovered in the 1800s rushed past. But all I wanted to do was gawk at the electronic dashboard behind the wheel.

I was in an all-electric Chevrolet Bolt, driving from the state capital of Sacramento to Marshall Gold Discovery State Historic Park, deeper into gold country. After putting the car into Chevy’s battery-saving “low mode” at the start of my trip, I hadn’t touched the brakes, even when slowing down or at a stop sign or traffic light. Simply letting up on the accelerator dragged me to enough of a stop. I was regenerating energy in the battery, and it was thrilling and addictive.  Read more… Source: https://mashable.com/article/electric-vehicles-versus-gas-cars-regenerative-breaking-fun/
Proactive Computing found this story and shared it with you.