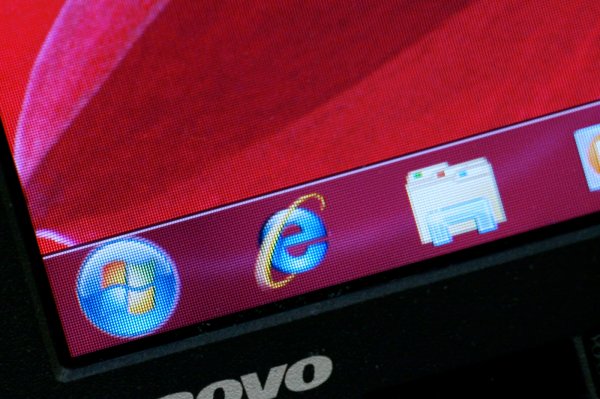 Microsoft has issued its second advisory this month urging users to update their systems to prevent a re-run of attacks similar to WannaCry.

The software giant said Thursday that the recently discovered “wormable” vulnerability in Remote Desktop Services for Windows can allow attackers to remotely run code on a vulnerable computer — such as malware or ransomware. Worse, the vulnerability allows it to spread to other computers on the same network “in a similar way as the WannaCry malware,” which spread across the globe in 2017 causing billions of dollars in damage.

A patch was released earlier this month on Microsoft’s usual patch release day — its so-called Patch Tuesday. And though there’s no signs of an active attack yet, “this does not mean that we’re out of the woods,” the company said.

Microsoft said it’s “confident” that an exploit exists for the vulnerability, putting close to one million computers directly connected to the internet are at risk.

But that figure could be far higher if servers at the enterprise firewall level are hit — with the potential of every other computer connecting to it facing a similar fate.

“Our recommendation remains the same. We strongly advise that all affected systems should be updated as soon as possible,” said Microsoft.

The bug, CVE-2019-0708 — better known as BlueKeep — is a “critical” vulnerability that affects computers running Windows XP and later, including its server operating systems. The vulnerability can be used to run code at the system level, allowing full access to the computer — including tis data. Worse, it is remotely exploitable, allowing anyone to attack a computer connected to the internet.

Microsoft said only Windows 8 and Windows 10 are not vulnerable to the bug. But the bug is so dangerous that Microsoft took the rare step of issuing patches to its long outdated and unsupported operating systems, including Windows XP.

So far, several security firms — including McAfee and Check Point — have claimed to have developed working proof-of-concept code that can at very least create a denial-of-service condition, such as shutting down a computer. But fear remains that hackers are close to creating code that could spark another major ransomware attack.

Independent malware researcher Marcus Hutchins said in a tweet it took him “an hour” to develop code to exploit the vulnerability, but declined to post the code because the bug is “dangerous.”

The universal message seems clear: patch your systems before it’s too late.

Source: http://feedproxy.google.com/~r/Techcrunch/~3/_7HLk9T7LbI/
Proactive Computing found this story and shared it with you. 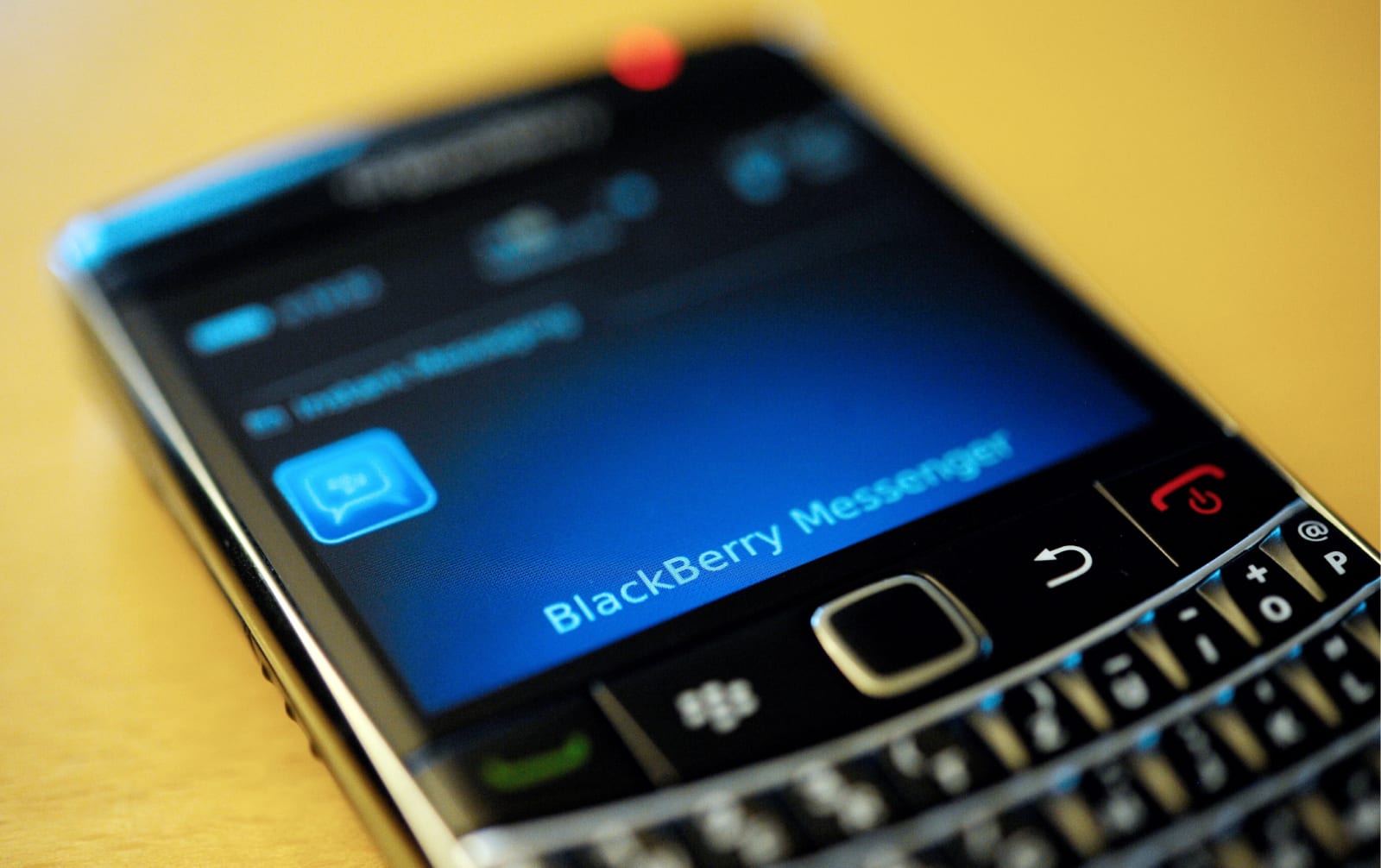 Today, Emtek pulls the plug on BlackBerry Messenger. The company announced last month that it would shut down the consumer service, which has been steadily losing users and failing to attract new ones. As a consolation for diehard fans, BlackBerry op…

Source: https://www.engadget.com/2019/05/31/blackberry-messenger-shuts-down/
Proactive Computing found this story and shared it with you.

Windows 10’s May 2019 Update includes a new light theme and a brighter default desktop background to go with it. Here’s how to enable the shiny new theme and get a lighter looking desktop.

Click the “Choose your color” box on the Colors pane and select “Light.”

This feature requires your PC has the May 2019 Update, which is Windows 10 version 1903. You won’t see this option if you’re using an older release of Windows 10. 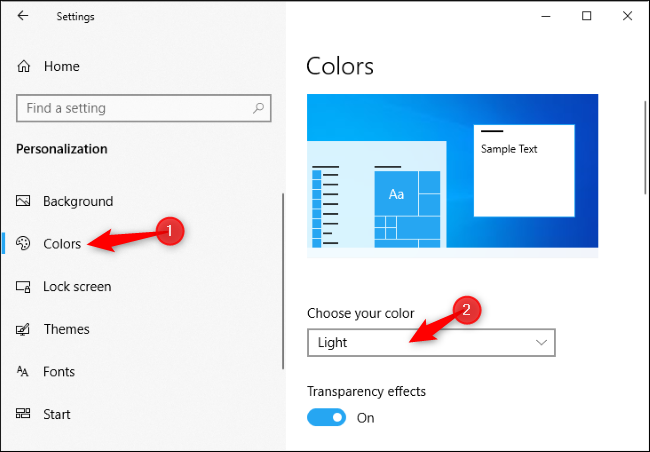 For the previous Windows 10 default with a dark taskbar and light apps, select “Custom,” set your default Windows mode to “Dark,” and set your default app mode to “Light.” You can also select “Dark” in the color list for a dark desktop complete with dark File Explorer windows.

You can choose whether or not your windows have colored window title bars from this pane, too.

Source: https://www.howtogeek.com/417976/how-to-enable-windows-10s-new-light-theme/
Proactive Computing found this story and shared it with you. 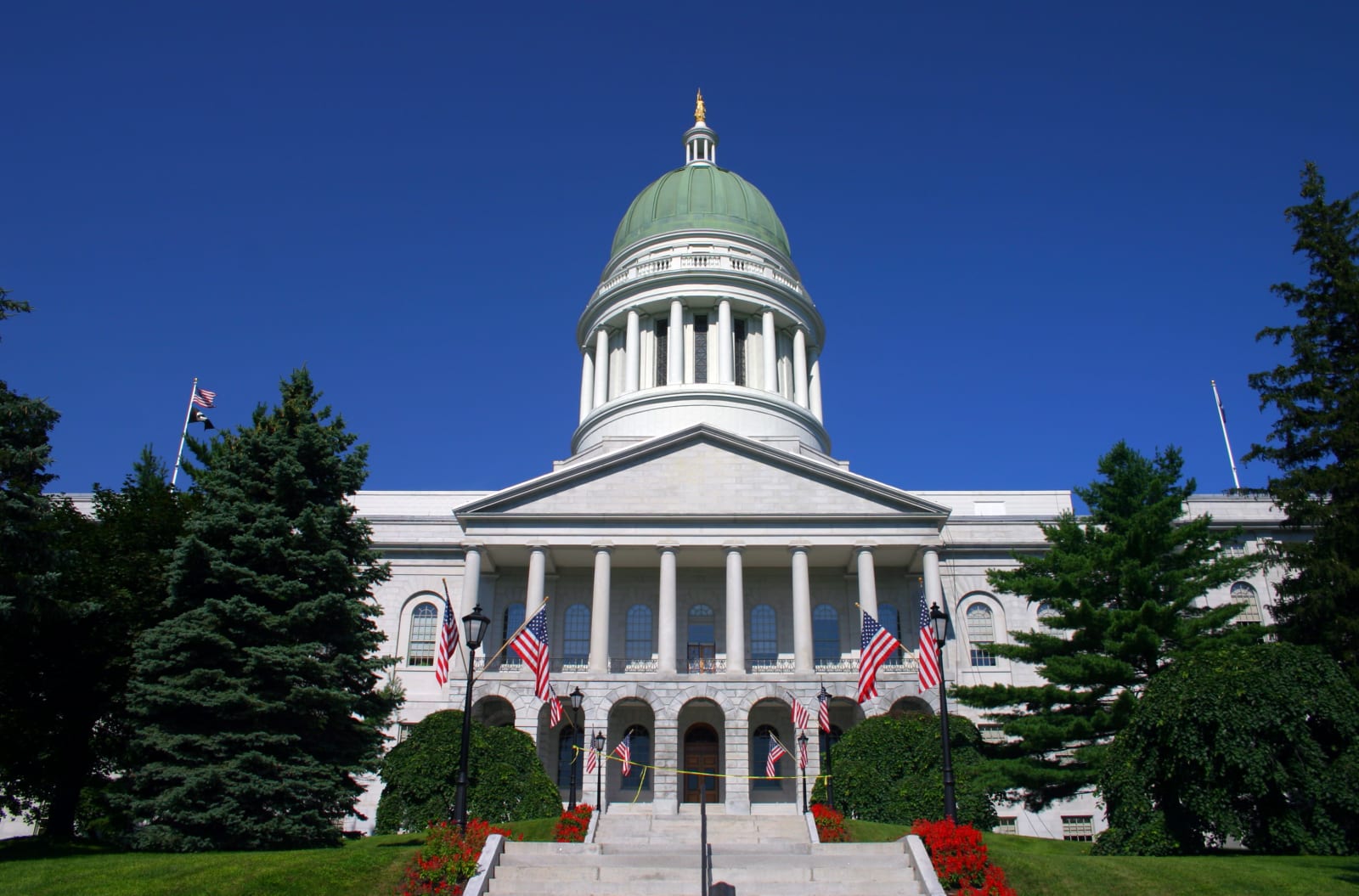 The current federal government might not be keen on privacy rules for internet providers, but Maine certainly is. The state’s Senate has passed a bill that requires consent before ISPs can sell or offer access to their customers’ private data, paral…

Source: https://www.engadget.com/2019/05/31/maine-passes-isp-privacy-bill/
Proactive Computing found this story and shared it with you.

We’ve highlighted the latter already. For starters, the system will work with Apple, Google, Samsung and Fitbit Pay, which means it will be open to a large range of smartphones and wearables.

Contactless cards are those with NFC chips sporting a four-bar wave symbol that are already available from a number of big banks and credit card companies. Per the MTA’s site, the list of partners includes Chase, Visa, Mastercard and American Express, which should cover a majority of card holders, one way or another.

That’s a big no for Diners Club, Japan Credit Bureau and China UnionPay. Also, PIN-protected cards don’t currently work, nor do gift cards and non-reloadable cards. Another important restriction in all of this is the fact that the system is currently limited to single-ride. That means the large number of New Yorkers who currently use daily, weekly and monthly passes to save on the ever-increasing ride prices are SOL for now.

Ride plans will be coming before 2021. The MTA says it also plans to have the system implemented in all subway stations and buses before then. For now it’s currently limited to the 4, 5, 6 line between Grand Central Station in Manhattan and Brooklyn’s Atlantic Avenue-Barclays Center, as well as Staten Island buses.

Having demoed the system recently, I attest that it works well on both the iPhone and Apple Watch. It remains to be seen, however, how much of a logjam this technology will create in its first weeks and months. Ultimately, however, it should go a ways toward speeding things up as riders no longer have to fumble for their MetroCard and deal with aging swipe readers.

Source: https://techcrunch.com/2019/05/31/nycs-contactless-subway-turnstiles-open-today-with-apple-google-samsung-and-fitbit-pay-support/
Proactive Computing found this story and shared it with you.

Even though there are a couple of companies that won’t be hosting their typical E3 press conferences this year, it seems Microsoft is going hard. Rumor has it that we may see the next generation of Xbox consoles officially revealed at the show, and it’s a safe assumption that we’ll learn more about Project xCloud, Microsoft’s upcoming game streaming platform. … Continue reading

Source: https://www.slashgear.com/microsofts-e3-2019-show-is-going-be-huge-31578727/
Proactive Computing found this story and shared it with you.

There’s a lot of great content in the Apple TV app, and Apple wants to help you discover it by offering notifications for new content. If you find this less than helpful, iOS lets you modify (or disable) these notifications.

A lot of TV notifications you receive aren’t even for content you’ll be able to watch. Often, the TV app will remind you a new season of a popular show is starting, and when you tap on it, it offers to help you sign up for a subscription to watch the show! How thoughtful! Often these notifications are more annoying than anything, so it’s probably a good idea to just turn them off.

Fortunately, it’s straightforward to turn off notifications for the TV app on your iPhone or iPad. First, jump into the Settings app. 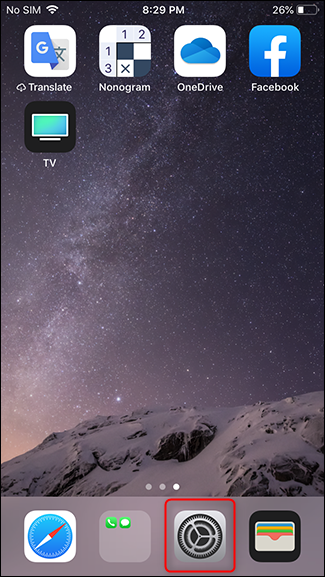 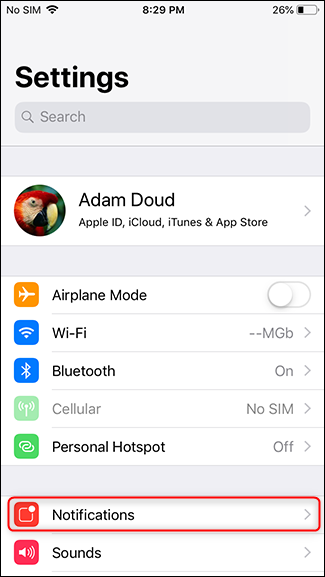 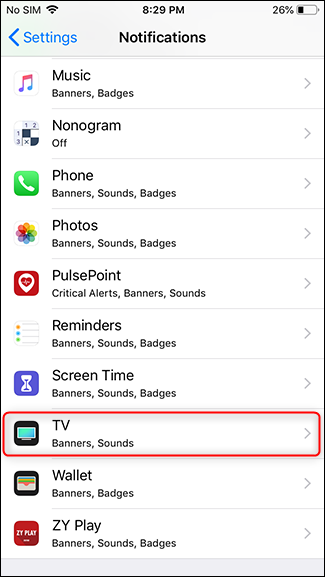 To disable all notifications, toggle the top switch to off, and you’re all set. 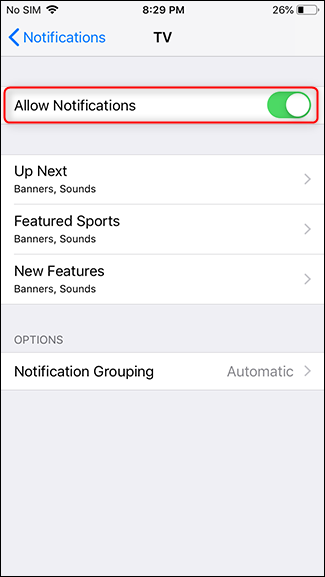 Source: https://www.howtogeek.com/416438/how-to-disable-apple-tv-notifications-on-iphone-and-ipad/
Proactive Computing found this story and shared it with you. 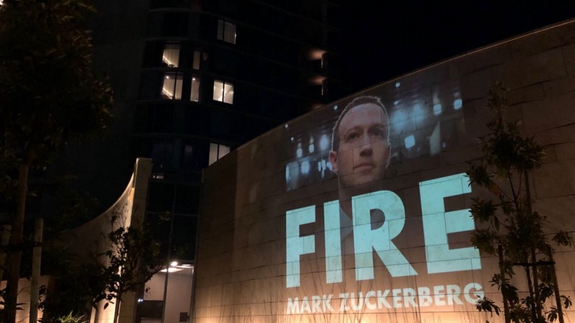 They say visualizing your goal is the first step toward making it a reality.

The nonprofit Fight for the Future leaned into that belief hard on Wednesday night with a giant projection calling for the firing of Facebook CEO Mark Zuckerberg. Oh yeah, and it projected said message onto the side of the hotel hosting today’s 11 a.m. Facebook shareholders’ meeting.

“There is no single silver bullet solution that will ‘fix’ Facebook,” the group wrote in a Medium post documenting the protest. “But we can start by sending a clear message to its shareholders, corporate leadership, & the entire tech industry that we are fed up, and that no one should be immune from facing the consequences of their actions.”  Read more… Source: https://mashable.com/article/fire-zuckerberg-projected-onto-facebook-shareholders-meeting/
Proactive Computing found this story and shared it with you. 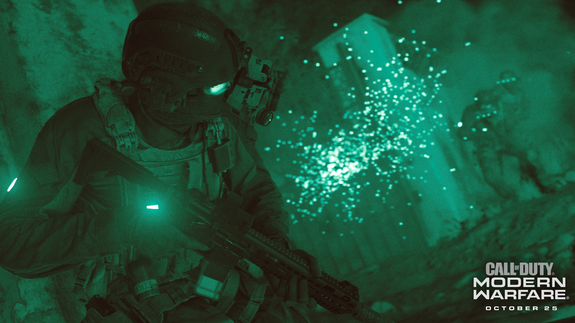 After months of speculation (and a handful of leaks), Activision’s plans for the 2019 Call of Duty game are now locked. Scheduled for an Oct. 25 release on PlayStation 4, Xbox One, and PC, Call of Duty: Modern Warfare is set to take fans back to the start of one of the franchise’s most iconic trilogies, reimagining its inspiration from the ground up.

Prior to announcement, Mashable visited developer Infinity Ward’s headquarters in Woodland Hills, California to get a sneak peek at the work-in-progress. Direct from our ears to your eyes (or as close to that as we could feasibly get), here’s everything we’ve been told about Call of Duty: Modern Warfare so far. Read more… Source: https://mashable.com/article/call-of-duty-modern-warfare-2019-announcement/
Proactive Computing found this story and shared it with you.

Microsoft’s Bing—a search engine that literally bribes people to use it and still (still!) can’t seem to grow its witheringly small 4 percent market share—has been around for an entire decade. As of yesterday. We forgot its birthday and seemingly so did virtually everyone else.

Source: https://gizmodo.com/happy-belated-birthday-bing-1835104758
Proactive Computing found this story and shared it with you.