Your home may be bilingual, but until today your Google Assitant wasn’t.

Need an easy way for someone to pay you back for a loan or purchase? Using PayPal, you can quickly and easily request money from them. This wikiHow will explain how you can send a request for money using the PayPal app on an iPhone.

California’s state Assembly voted 58-17 on Thursday to advance a bill, called S.B. 822, that would implement the strongest net neutrality provisions in the U.S.

The bill now heads back to the Senate for final approval. If a vote is not held by end of day tomorrow — the deadline for lawmakers to pass any legislation until 2019 — it won’t get the official green, or red, light until next year.

The bill, written by Democratic Senator Scott Wiener, would not only bring back Obama-era net neutrality rules ousted by the FCC in December, but go a step further, adding new protections for internet users. The bill prohibits internet service providers from blocking or throttling lawful content, apps, services or non-harmful devices. Plus, it bans paid prioritization, the practice of directly or indirectly favoring some traffic over other traffic in exchange for money, typically.

Here’s where it goes above and beyond the policy developed under the Obama administration: The bill also bans zero rating, which allows service providers to charge customers for data use on some websites but not on others. If you want to dive deeper into the nitty-gritty, take a look at the bill here.

The decision is a blow to Comcast and AT&T, for obvious reasons. They’ve been advocates for ending net neutrality and had lobbied aggressively against the bill. Net neutrality lobbying groups, on the other hand, are pleased with the results.

“No one wants their cable or phone company to control what they see and do on the internet,” said Evan Greer, deputy director of Fight for the Future, a nonprofit advocacy group for digital rights, in a statement. “California just took a huge step toward restoring protections that prevent companies like AT&T and Comcast from screwing us all over more than they already do.”

“This historic Assembly vote is a testament to the power of the internet. Big ISPs spent millions on campaign contributions, lobbyists and dark ads on social networks, but in the end, it was no match for the passion and dedication of net neutrality supporters using the internet to sound the alarm and mobilize.”

In December, the FCC voted to kill Obama-era net neutrality regulations developed in 2015 to keep the internet open and fair. The organization is led by Ajit Pai, a Republican appointed to the role by President Donald Trump.

The decision from California’s Assembly comes a day after Northern California congressional members asked that the FTC investigate Verizon’s throttling of the Santa Clara County Fire Department, which had reportedly exceeded their monthly allotment of 25 gigabytes when they were making calls and handling personnel issues amid fighting a massive wildfire. 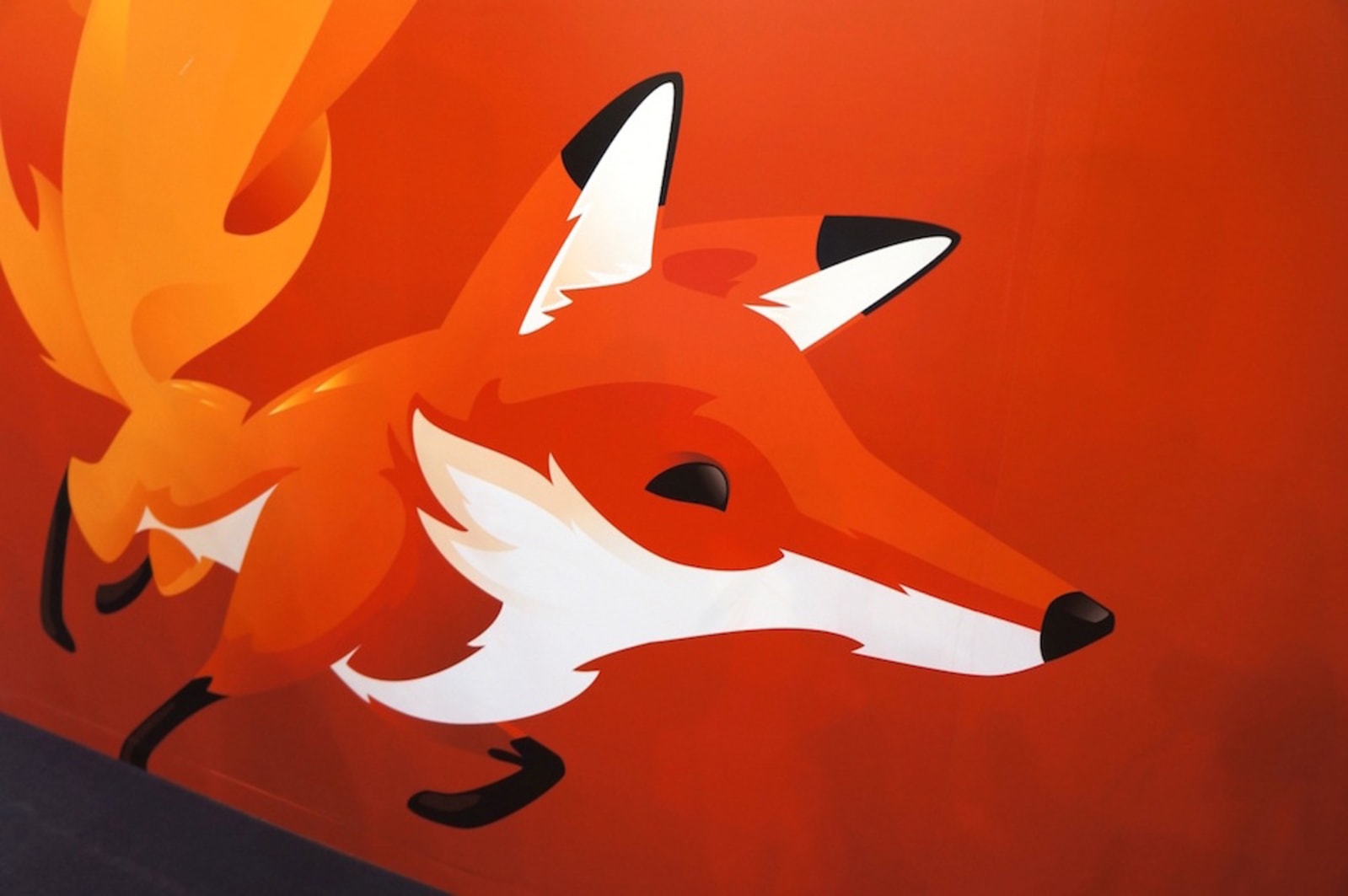 Mozilla has for years let you stop ad trackers from collecting your data, and, soon, Firefox will block them by default. The browser will also give you more control over the data you share with websites.

Think your political rants on Facebook or Twitter are persuasive enough to get other people to change their opinions? Don’t flatter yourself.

A recent study from the Pew Research Center reveals that exposure to opposing views on social media has not caused most Americans to change their own stance on issues in the past year. Just 14 percent of the 4,594 US adults surveyed between May 29 and June 11 said they have changed their views about a political or social issue in the past year due to something they saw on social media.

“Certain groups, particularly young men, are more likely than others to say they’ve modified their views because of social media,” according to Pew Research Assistant Kristen Bialik. “Around three-in-ten men ages 18 to 29 (29 percent) say their views on a political or social issue changed in the past year due to social media.” Read more… 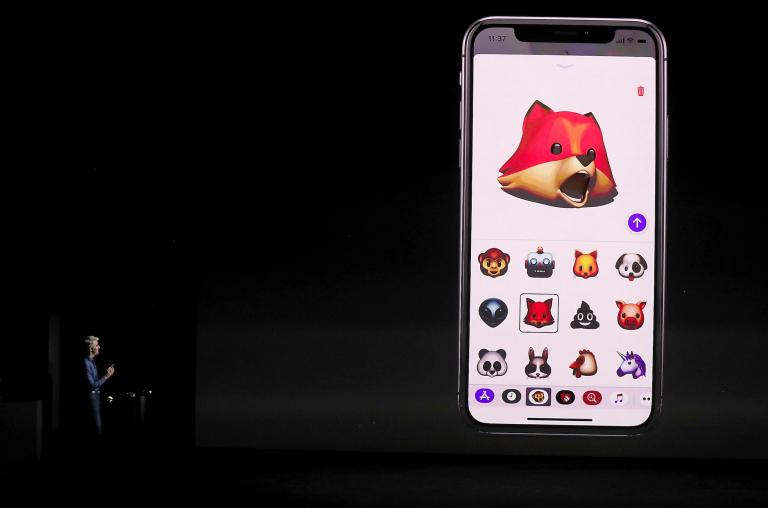 Google isn’t one to shy away from bold claims.

“We have had no reported or confirmed account takeovers since implementing security keys at Google,” a spokesperson told TechCrunch.

And it’s probably true. Think of a security key as like a two-factor authentication code that’s sent to your phone — but instead a USB stick in your pocket. Two-factor authentication is stronger than just a username and password, but text message codes can be intercepted and many sites and services don’t yet support the stronger authenticator codes. Security keys are one of the strongest lines of defense against account breaches. That’s because a hacker on the other side of the world trying to break into your account needs not only your password but also your physical key — and that’s not something a hacker can easily or covertly steal.

Although there are a handful of security key brands out there — Yubikey and Feitian to name two — Google thinks it can do better with its own Titan security keys.

Out Thursday, the company’s own branded and in house-developed security keys are now available to buy. One is a USB key, and the other supports Bluetooth and NFC for mobile devices. You need to enroll both keys — one stays in a safe space, and the other stays with you.

These keys don’t look too dissimilar from keys Google previously offered under its Advanced Protection Program, which help high-risk users — like journalists, activists, and government officials — protect their accounts from sophisticated nation-state hackers. In fact, they look almost identical. But the company says these keys pack a punch that make them stronger and more resilient than any other security key on the market. 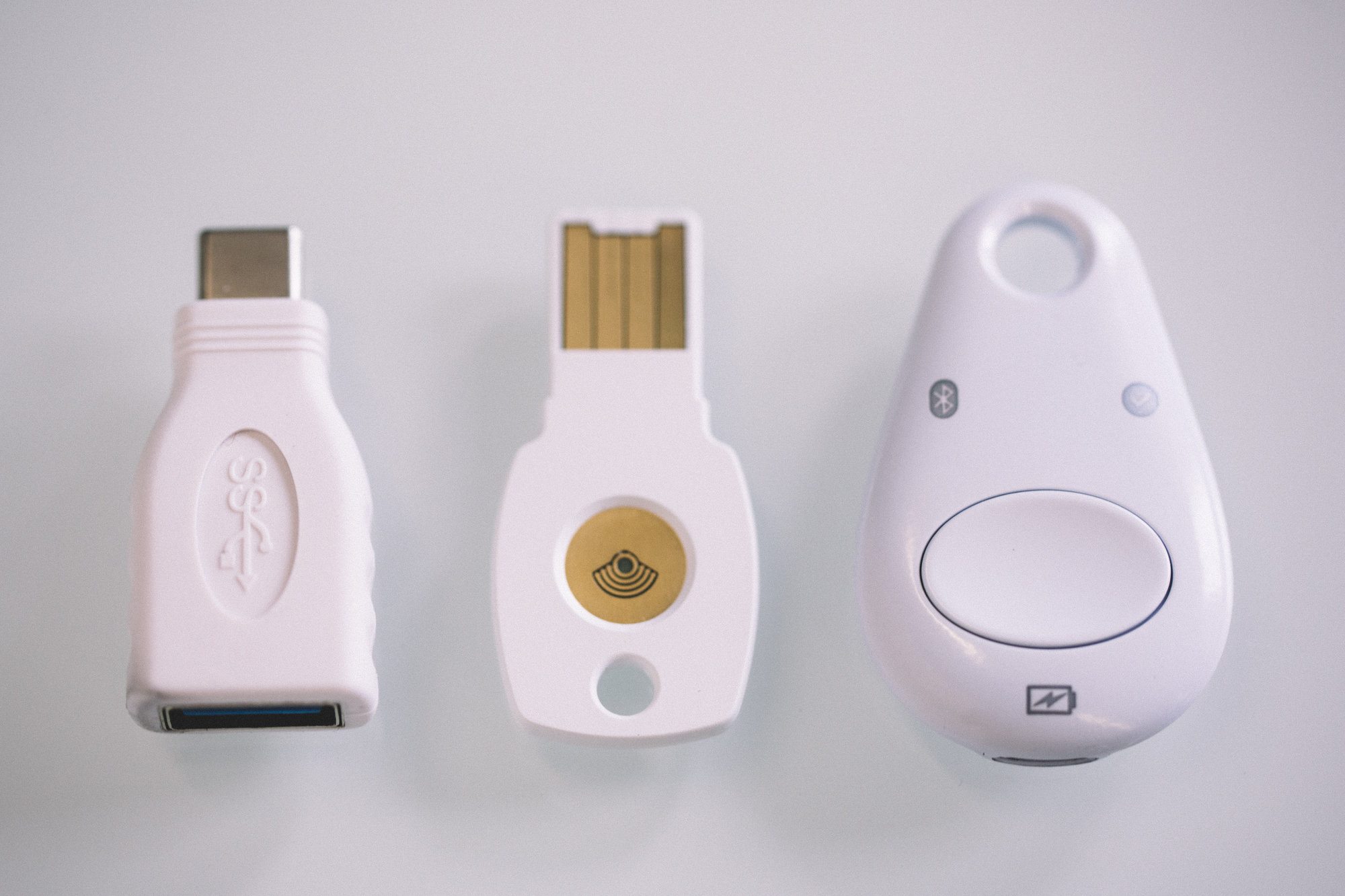 For one, the search giant says it’s taken the best of what’s already available — like FIDO standards — and built extra protections inside. The company is also touting its own special sauce — the software that’s embedded on each key, which protects against tampering. Each key stores its firmware in a secure element that can’t be modified, preventing anyone from extracting the private data in the key that’s authenticates you with Google when you login. By sealing in the encryption data before the hardware chips are delivered to the factory where the keys are built, Google says it reduces the risk of manufacturing attacks down the line.

You can use each key with almost any modern browser and mobile device, and a range of websites beyond Google support the key for login, like Dropbox, Facebook, Salesforce, Stripe and Twitter.

But beyond that, it’s pretty much just another security key.

But while they provide near-impermeable security, these keys — like every other on the market — are fiddly and inconvenient. And that’s coming from someone who lives and breathes security — and uses a security key.

Google isn’t close to fixing that problem. Admittedly, any kind of two-factor authentication is a pain, but it’s a price you pay for the gold standard in keeping your account safe. Every time you log in to your account from a new device, you’ll be prompted to enter your email address and password. A swift push of a button on your key — either through Bluetooth or a plugged-in USB key — will tell Google that you’re the real account owner.

A downside of physical keys is that if lose them, you’re toast. That’s why you have two keys — one is meant to be a backup. Google says it can help you gain access to your account again but the recovery process can take days.

Do you need a key? It depends on how paranoid you are. 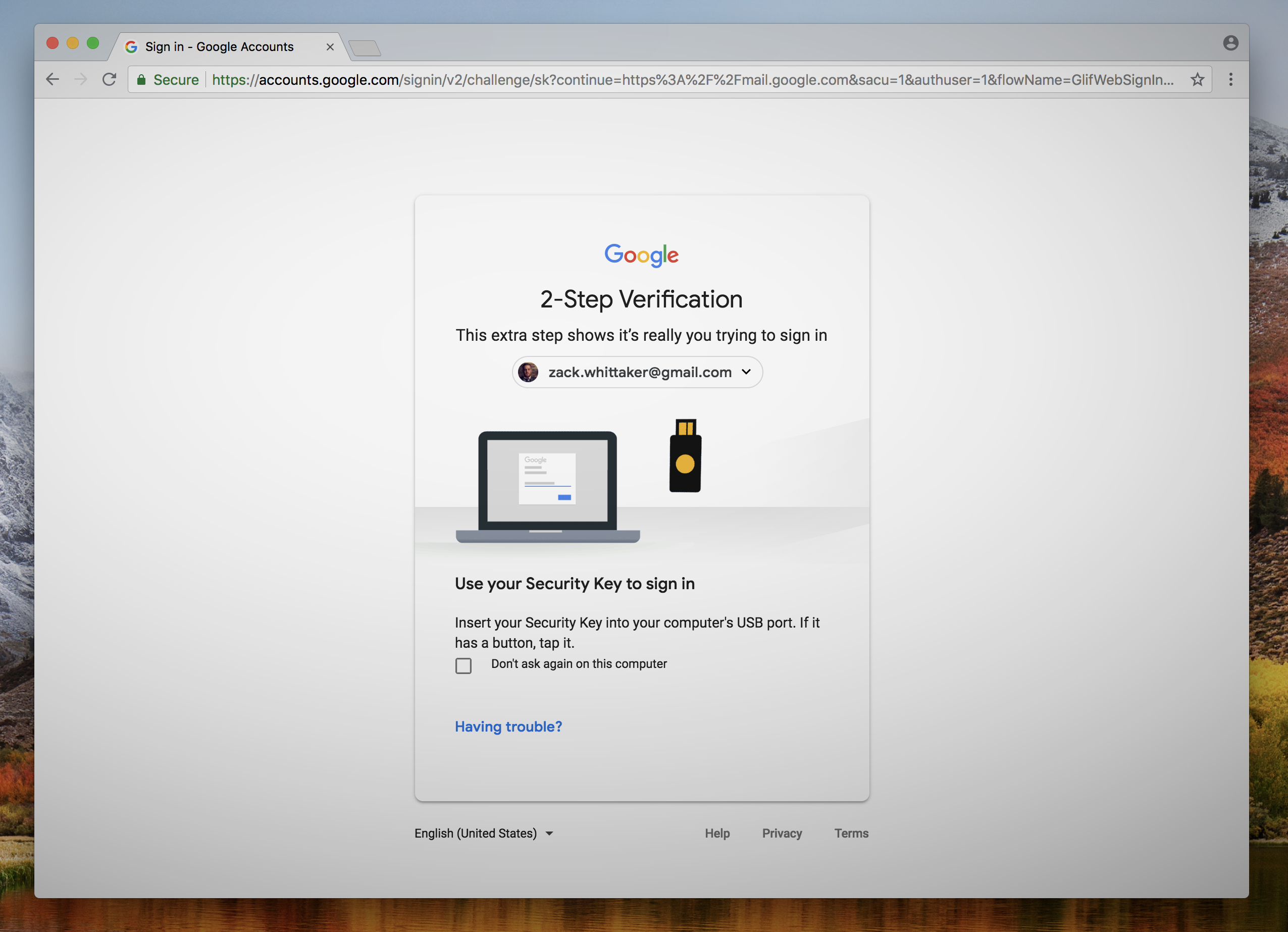 Logging into Gmail with the Titan key — seamless and user friendly.

The reality is that these keys aren’t for the masses — just yet. Although physical keys are designed for high-value targets, they’re a blessing in disguise for even the most basic attacks and novice users. Phishing attacks are common, where someone will send you an email to try to trick you into entering your email address and password. If they have your password, they have your data. But security keys protect only work on the legitimate domain you’re logging into, making phishing attempts practically useless.

And although Google says the devices are secure, Yubikey — a major developer of security keys — criticized Google’s move to support Bluetooth, which adds another attack layer for anyone nearby, citing recent Bluetooth flaws. An attacker could theoretically grab a user’s encryption key over-the-air if they’re within a short range of the Bluetooth device. The company’s critiques notwithstanding, the scope of attacks are so slim that they’re almost negligible — but everyone’s risk factors are different.

We’re still in early days with security keys. Although Google wants these keys to be cheap, accessible and available for the masses, there are too many barriers in the way — even still — for the average user.

But for those who know they need that extra layer of protection, these keys could be enough to save you from catastrophe.

An internet connection can be the thing that separates a smarthome device from a dumbhome device. If the internet goes out at your place, what exactly happens to your smarthome devices? Do they turn into bricks, or are they still somewhat functional? 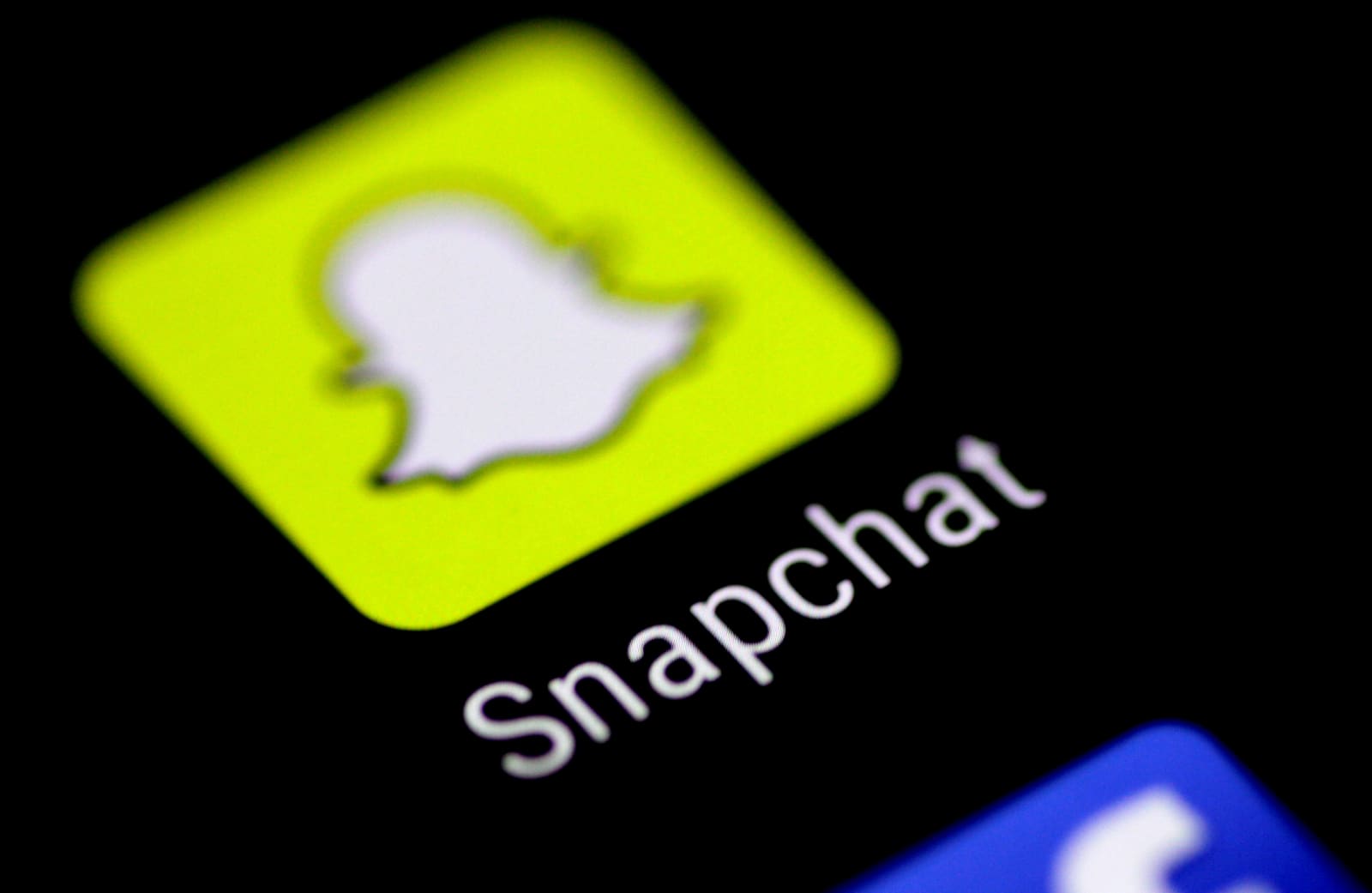 An instance of anti-semitic digital vandalism appears to be affecting platforms such as Snapchat, CitiBike, Jump Bike, Zillow and StreetEasy, with New York City showing up as “Jewtropolis” on their maps. Gizmodo reports that zooming in and out on Sna…

Few devices are as essential to the smooth running of a modern-day digital household than a wireless router, so it’s strange that this black box is so little understood. Here we’ll outline one of the key features of many modern routers, dual band 2.4GHz and 5GHz support, so you know exactly what it is and how to take…