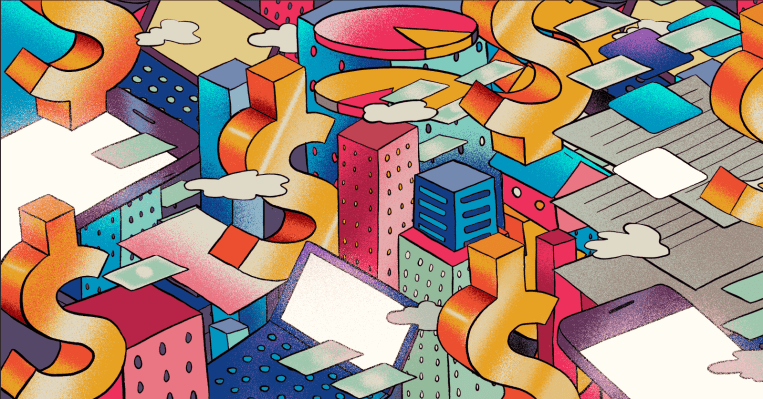 More posts by this contributor

That’s a question for startups that may be worth contemplating following Facebook’s recent stock price haircut. The company’s valuation has fallen by around $60 billion since the Cambridge Analytica scandal surfaced earlier this month and the #DeleteFacebook campaign gained momentum.

That’s a steep drop, equal to about 12 percent of the company’s market valuation, and it’s a decline Facebook appears to be suffering alone. As its shares fell over the past couple of weeks, stocks of other large-cap tech and online media companies have been much flatter.

So where did the money go? It’s probably a matter of perspective. For a Facebook shareholder, that valuation is simply gone. And until executives’ apologies resonate and users’ desire to click and scroll overcomes their privacy fears, that’s how it is.

An alternate view is that the valuation didn’t exactly disappear. Investors may still believe the broad social media space is just as valuable as it was a couple of weeks ago. It’s just that less of that pie should be the exclusive domain of Facebook.

If one takes that second notion, then the possibilities for who could benefit from Facebook’s travails start to get interesting. Of course, there are public market companies, like Snap or Twitter, that might pick up traffic if the #DeleteFacebook movement gains momentum without spreading to other big brands. But it’s in the private markets where we see the highest number of potential beneficiaries of Facebook’s problems.

In an effort to come up with some names, we searched through Crunchbase for companies in social media and related areas. The resulting list includes companies that have raised good-sized rounds in the past couple of years and could conceivably see gains if people cut back on using Facebook or owning its stock.

Of course, people use Facebook for different things (posting photos, getting news, chatting with friends and so on), so we lay out a few categories of potential beneficiaries of a Facebook backlash.

Facebook has a significant messaging presence, but it hasn’t been declared the winner. Alternatives like Snap, LINE, WeChat and plain old text messages are also massively popular.

That said, what’s bad for Messenger and Facebook-owned WhatsApp is probably good for competitors. And if more people want to do less of their messaging on Facebook, it helps that there are a number of private companies ready to take its place.

Increasingly, these private messaging startups are focused on privacy and security, including Wickr, the encrypted messaging tool that has raised more than $70 million, and Silent Circle, another encrypted communications provider that has raised $130 million.

Popular places to browse on a screen

People who cut back on Facebook may still want to spend hours a day staring at posts on a screen. So it’s likely they’ll start staring at something else that’s content-rich, easy-to-navigate and somewhat addictive.

Granted, these will not replace the posts keeping you up to date on the life events of family and friends. But they could be a substitute for news feeds, meme shares and other non-personal posts.

A decline in Facebook usage could translate into a rise in traffic for a host of niche content and discussion platforms focused on sports, celebrities, social issues and other subjects.

Crunchbase News identified at least a half-dozen that have raised funding in recent quarters, which is just a sampling of the total universe. Selected startups run the gamut from The Players’ Tribune, which features first-hand accounts for top athletes, to Medium, which seeks out articles that resonate with a wide audience.

In recent years, we’ve seen an increase in community and activity-focused social apps gain traction. Perhaps the most prominent is Nextdoor, which connects neighbors for everything from garage sales to crime reports. We’re also seeing some upstarts focused on creating social networks for interest groups. These include Mighty Networks and Amino Apps.

Though some might call it a stretch, we also added to the list WeWork, recent acquirer of Meetup, and The Guild, two companies building social networks in the physical world. These companies are encouraging people to come out and socially network with other people (even if just means sitting in a room with other people staring at a screen).

Watch where the money goes

Facebook’s latest imbroglio is still too recent to expect a visible impact in the startup funding arena. But it will be interesting to watch in the coming months whether potential rivals in the above categories raise a lot more cash and attract more users.

If there’s demand, there’s certainly no shortage of supply on the investor front. The IPO window is wide open, and venture investors are sitting on record piles of dry powder. It hasn’t escaped notice, either, that social media offerings, like Facebook, LinkedIn and Snap, have generated the biggest exit total of any VC-funded sector.

Moreover, those who’ve argued that it’s too late for newcomers have a history of being proven wrong. After all, that’s what people were saying about would-be competitors to MySpace in 2005, not long before Facebook made it big.