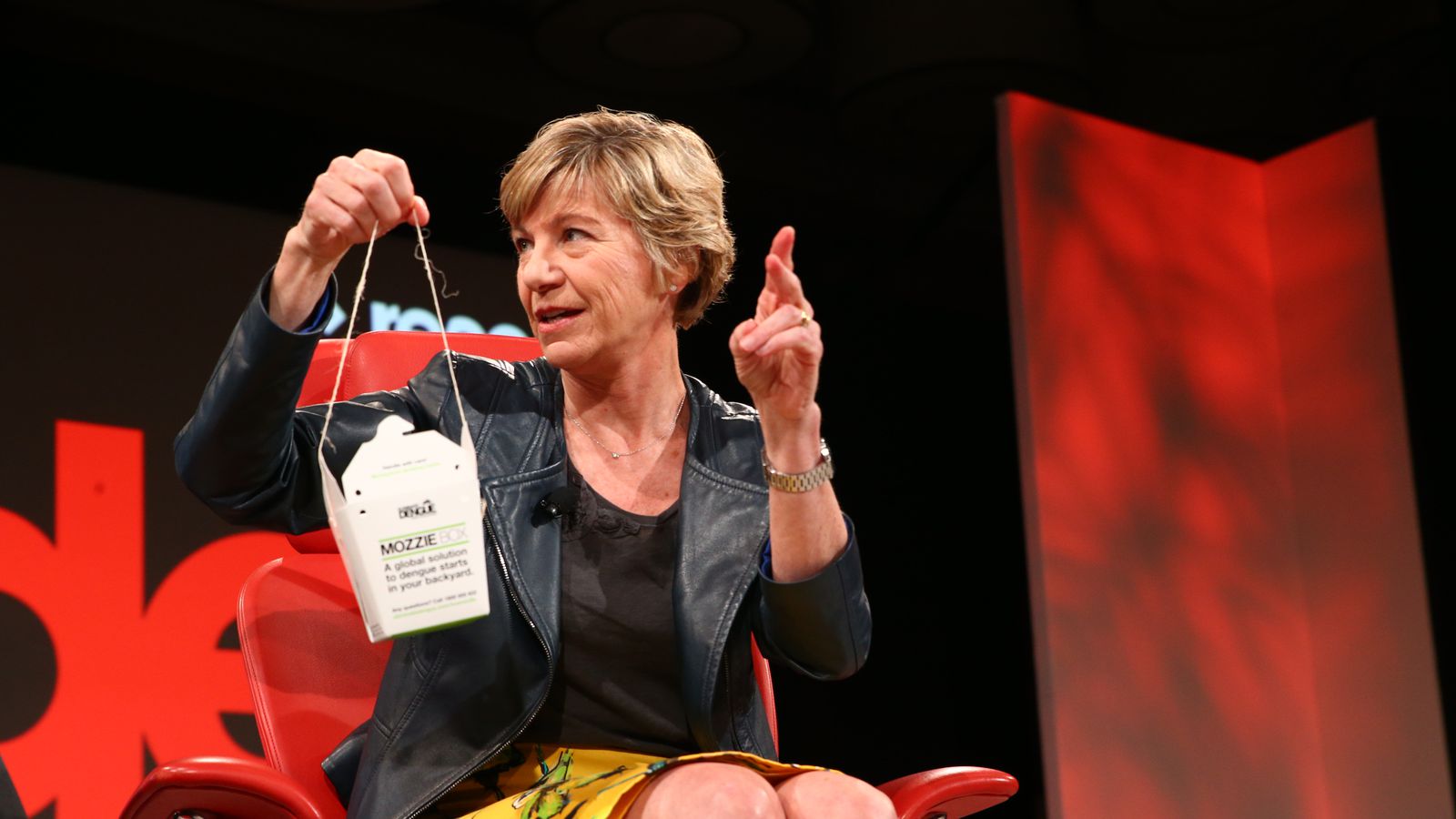 The approach releases bugs with a bacteria that would render them and their offspring unable to transmit disease.

Ordinarily the Bill & Melinda Gates Foundation is in the business of stopping diseases rather than spreading them.

When it comes to mosquitoes, though, the foundation is funding an approach that aims to spread a disease among mosquitoes that would prevent those bugs from spreading Zika and other diseases.

Bill & Melinda Gates Foundation CEO Susan Desmond-Hellmann showed off a kit at Code Conference on Tuesday that looks like a Chinese food take-out box that contains female mosquito eggs that have been infected with a bacteria. When these insects are born, they will produce offspring that is unable to transmit a variety of diseases, including Zika.

Part of the reason the foundation is focused on this approach is that Zika itself wasn’t on anyone’s radar as far as serious disease threats. Past outbreaks caused only flu-like symptoms and not the birth defects and other serious issues that the current Zika outbreak is causing.

By contrast, Ebola was seen as a potential bioterrorism risk so the global health community was at least a “tiny bit” prepared for the 2014 outbreak. Even Ebola had in the past been limited to just 2,000 cases.

The Gates Foundation has been funding the Australian researchers behind the STD approach for more than eight years, originally to halt the threat of Dengue fever, though the same approach should also help fight the spread of Zika, as well as Chikungunya, another serious mosquito-borne disease.