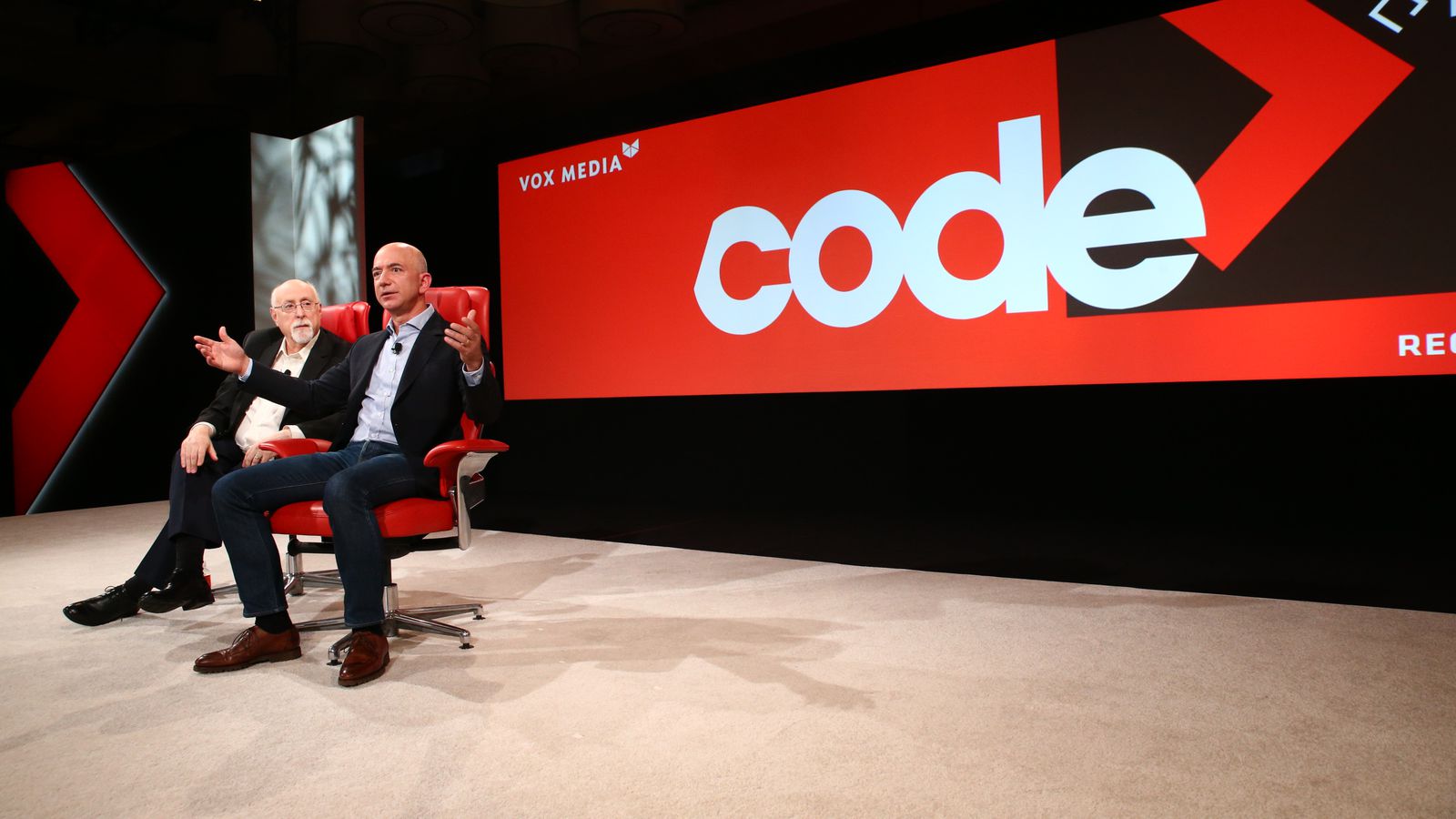 Why? Because consumers will pay for each of them.

“We don’t compete with Netflix,” Bezos said on day one of the Code Conference. “I think people are going to subscribe to both.”

The Amazon chief also noted his company can trim costs for Prime Video, which includes a growing catalogue of originally produced shows, because it’s tied to the Prime retail service.

“From a business POV for us, we get to monetize that content in an unusual way,” he said. “When we win a Golden Globe, it helps us sell more shoes in a very direct way.”